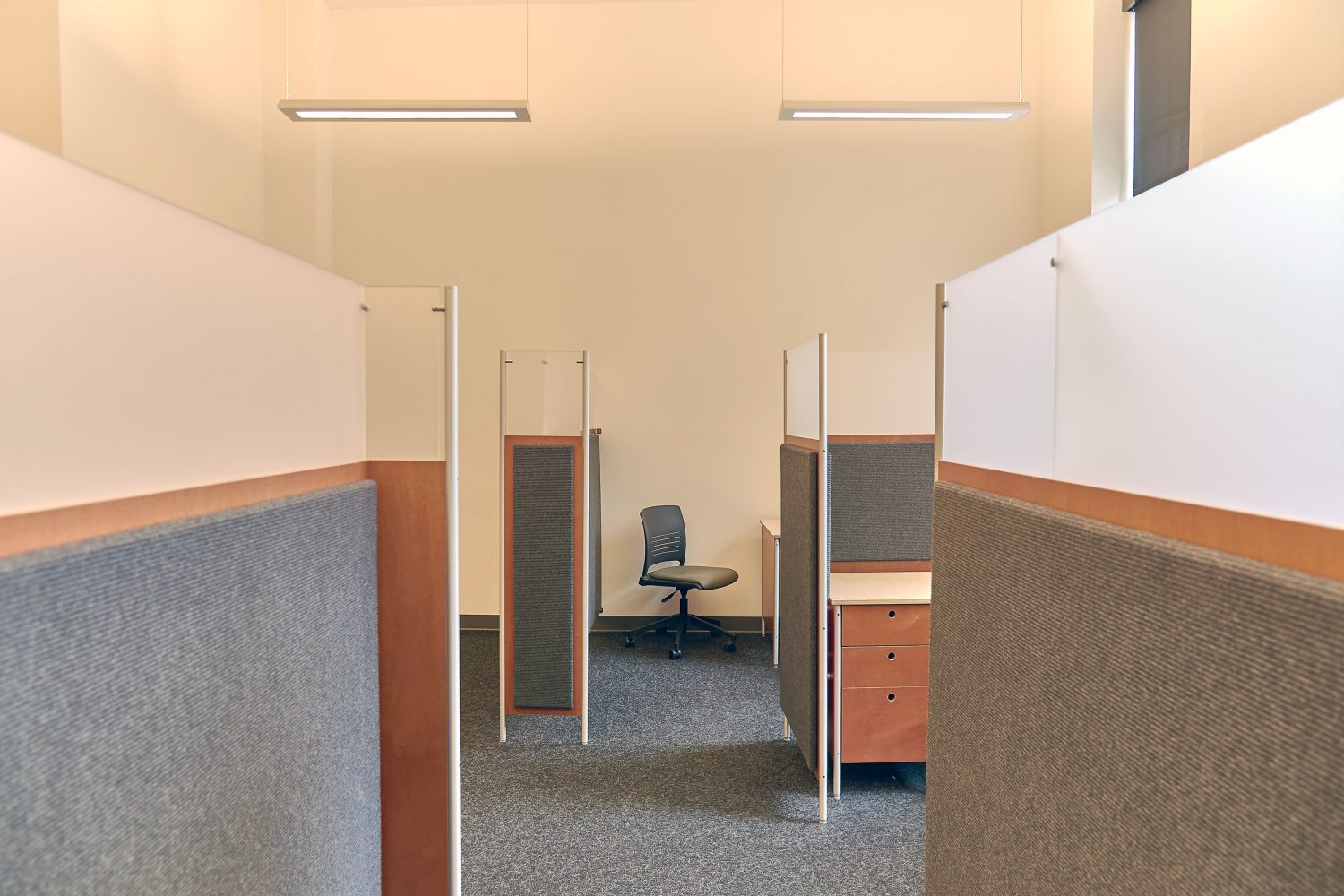 We first connected to the Henry Street Settlement (HSS) through our work and longstanding relationship with the Lower Eastside Tenement Museum, for which we designed and produced office furniture as well as retail fixtures and displays for their museum store. After years of negotiating with the city, Henry Street Settlement was able to add the Firehouse to their headquarter row on Henry Street. Working with Renee Epps, Facilities Manager at HSS, and a team of architects from Beyer Binder Bell, we developed and produced workstations and meeting room furniture for the four floors of the Firehouse. Because groups of workstations are clustered in relatively small and tall spaces, we worked with a sound engineer to limit the level of sound by adding Sound Soak panels and translucent Acrylic panels to our standard partition wall.

Individual single-pedestal workstations have partition installed on two or three sides, allowing for workers to see and be seen at their choosing. Individual areas feel open yet enclosed. The Milder Partitions can stand alone or can be mounted to our workstations allowing for flexible floor layouts that vary from area to area. Also, research has shown that that people do their best work in environments that allow for both social buzz while also providing them with boundaries (separation). The integrated Soundsoak acoustical wall panels absorb 50% to 90% of the sound striking the surface – reducing noise within a space and reducing noise transfer between areas.

We are thrilled to have had the opportunity to be part of this project team and are excited that the Firehouse has been put back into service for this amazing/historical neighborhood organization. 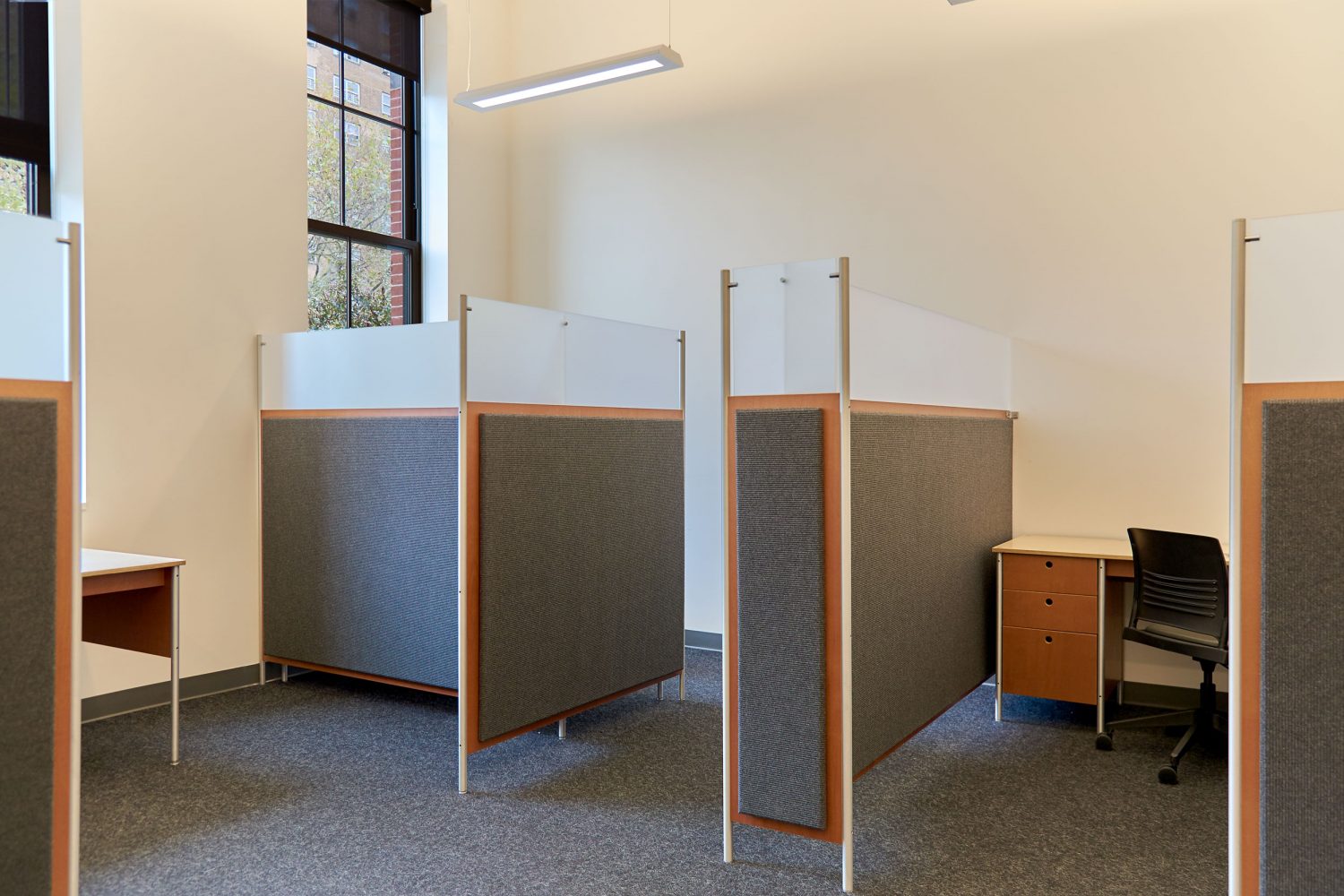 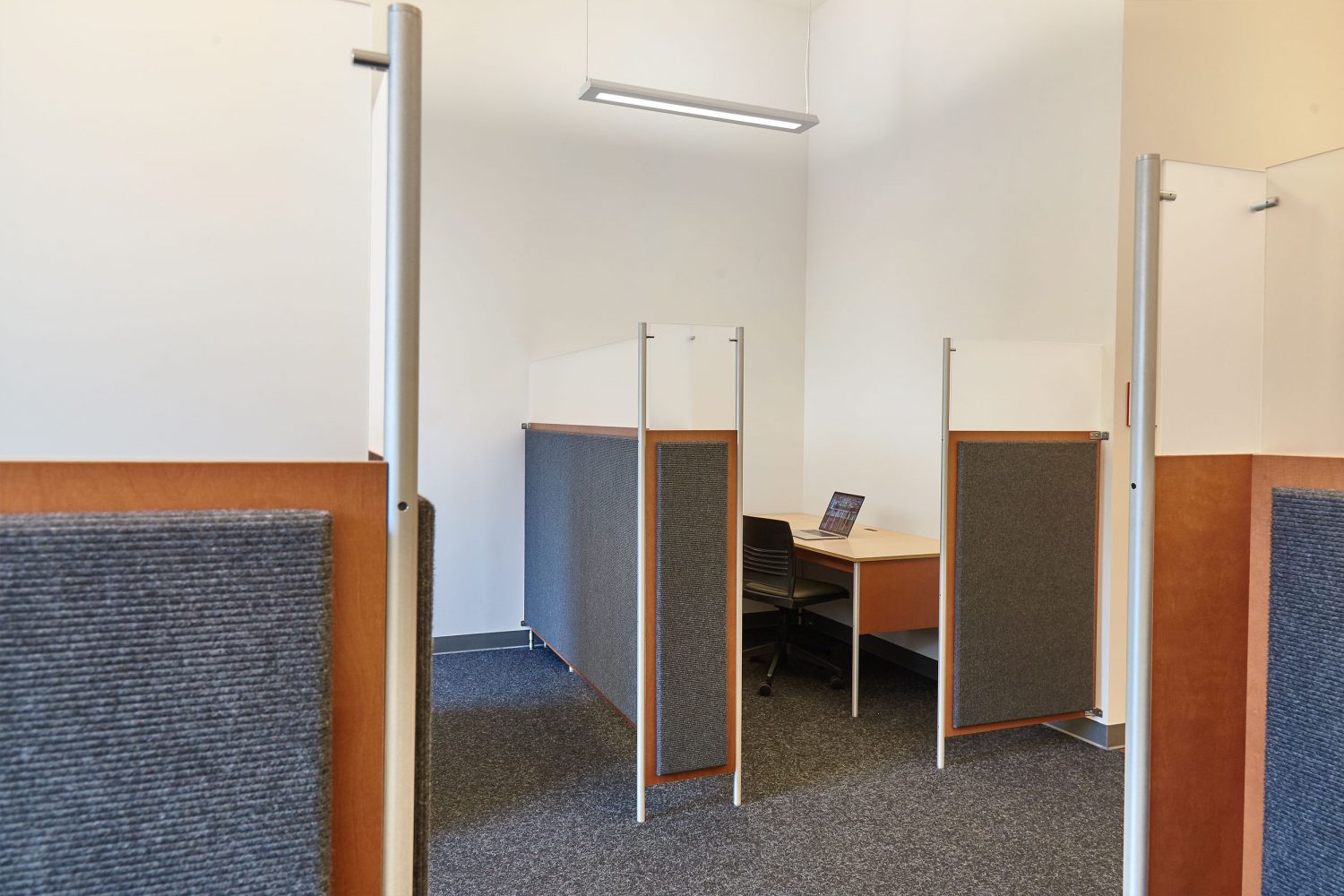 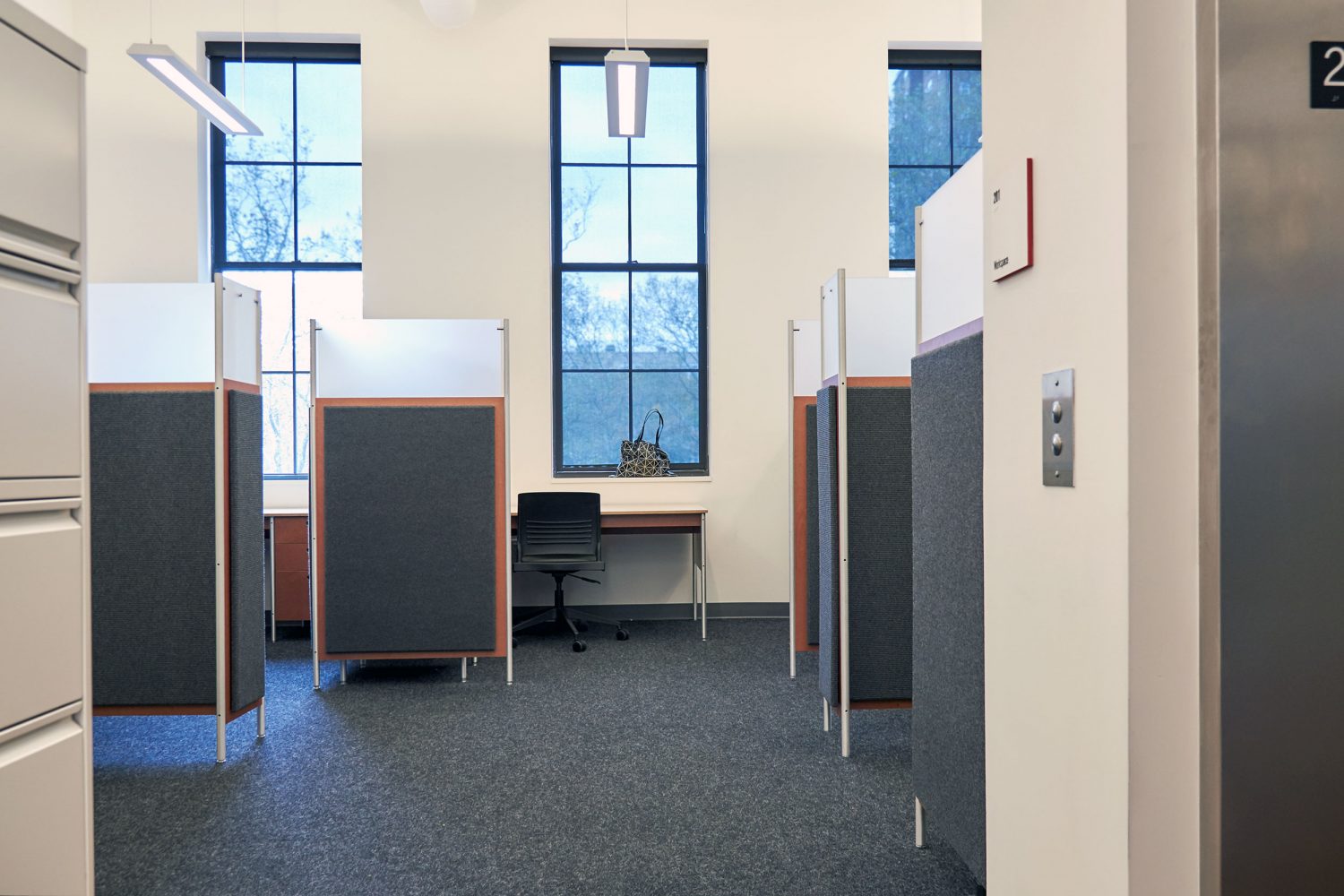 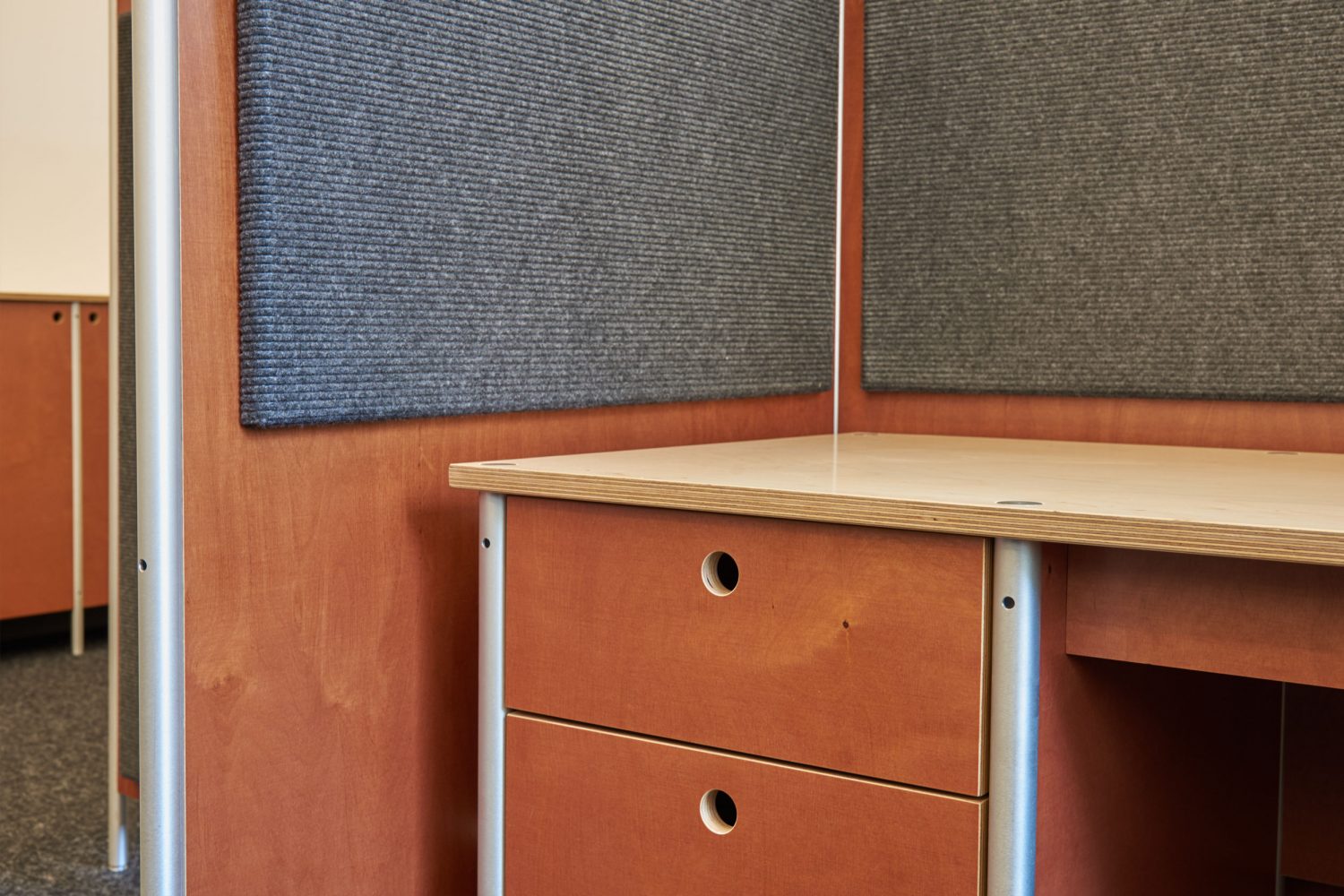 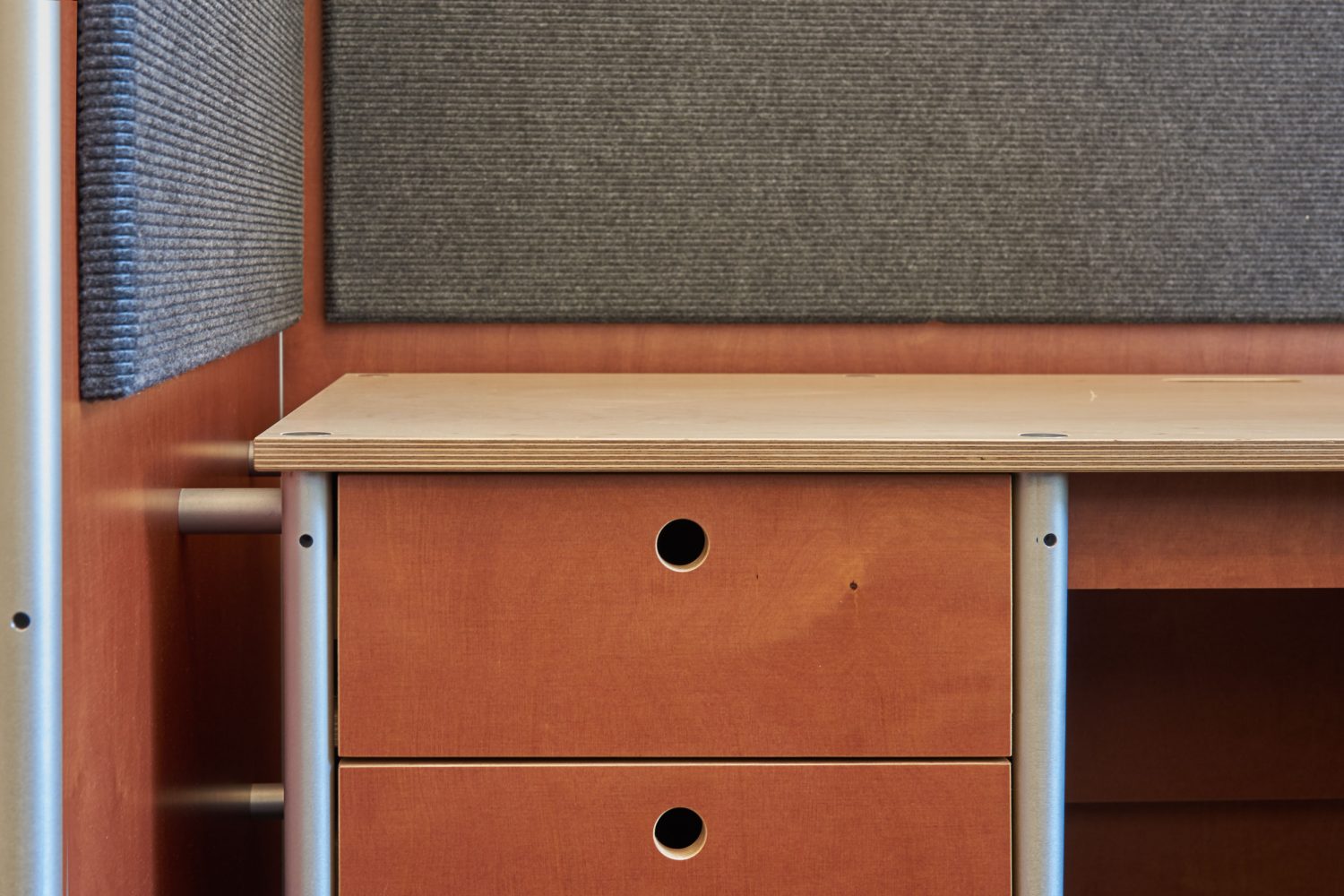 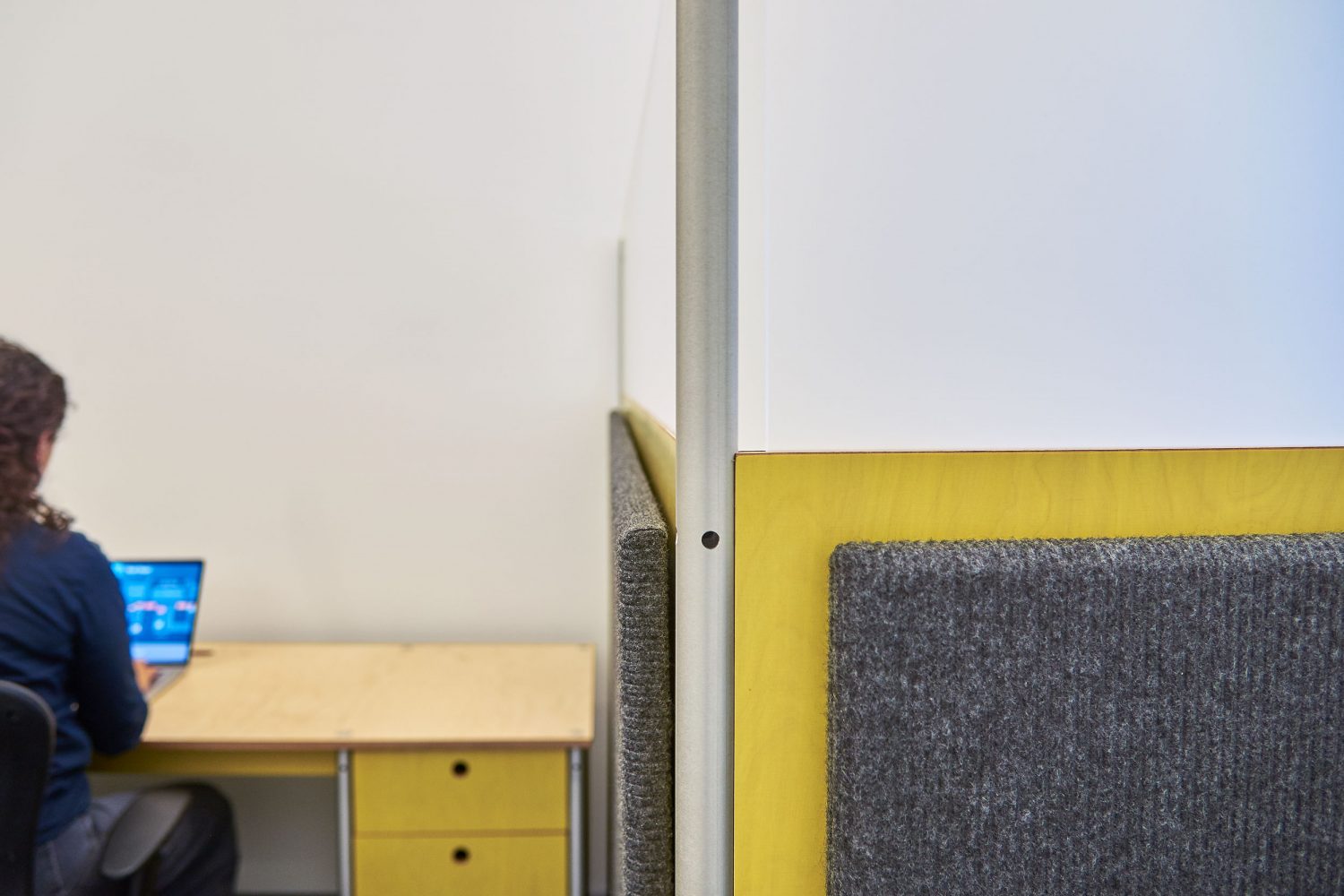 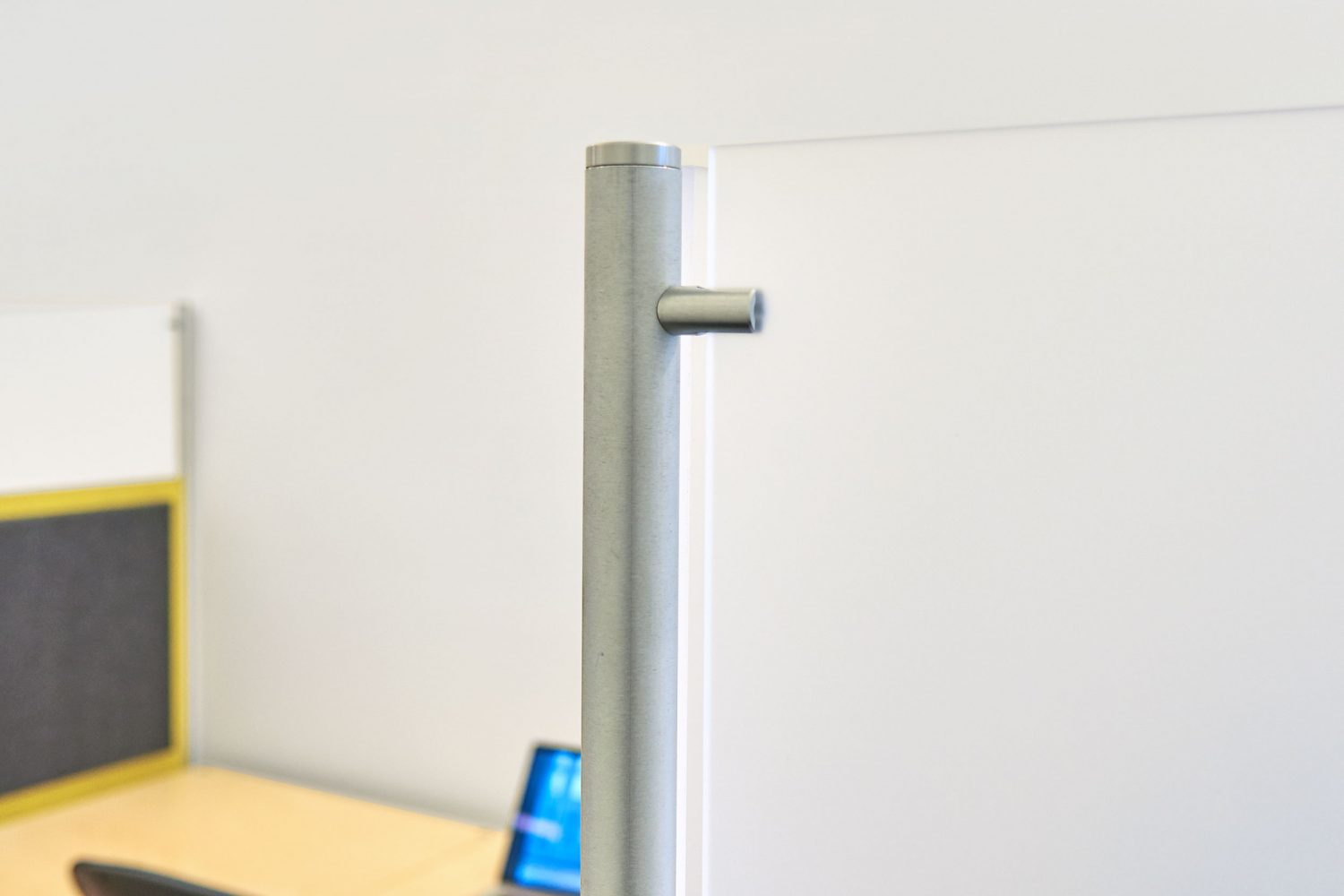 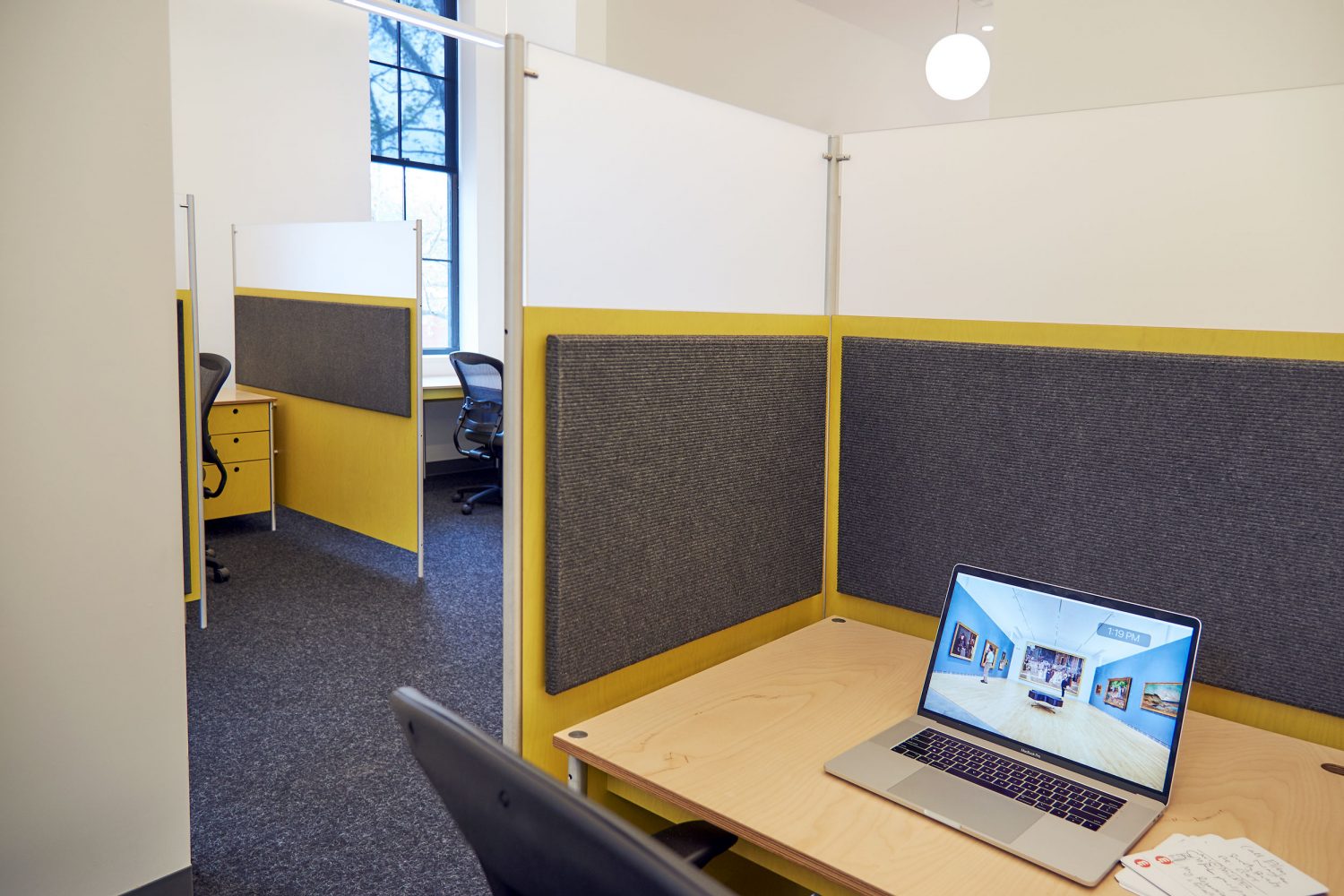 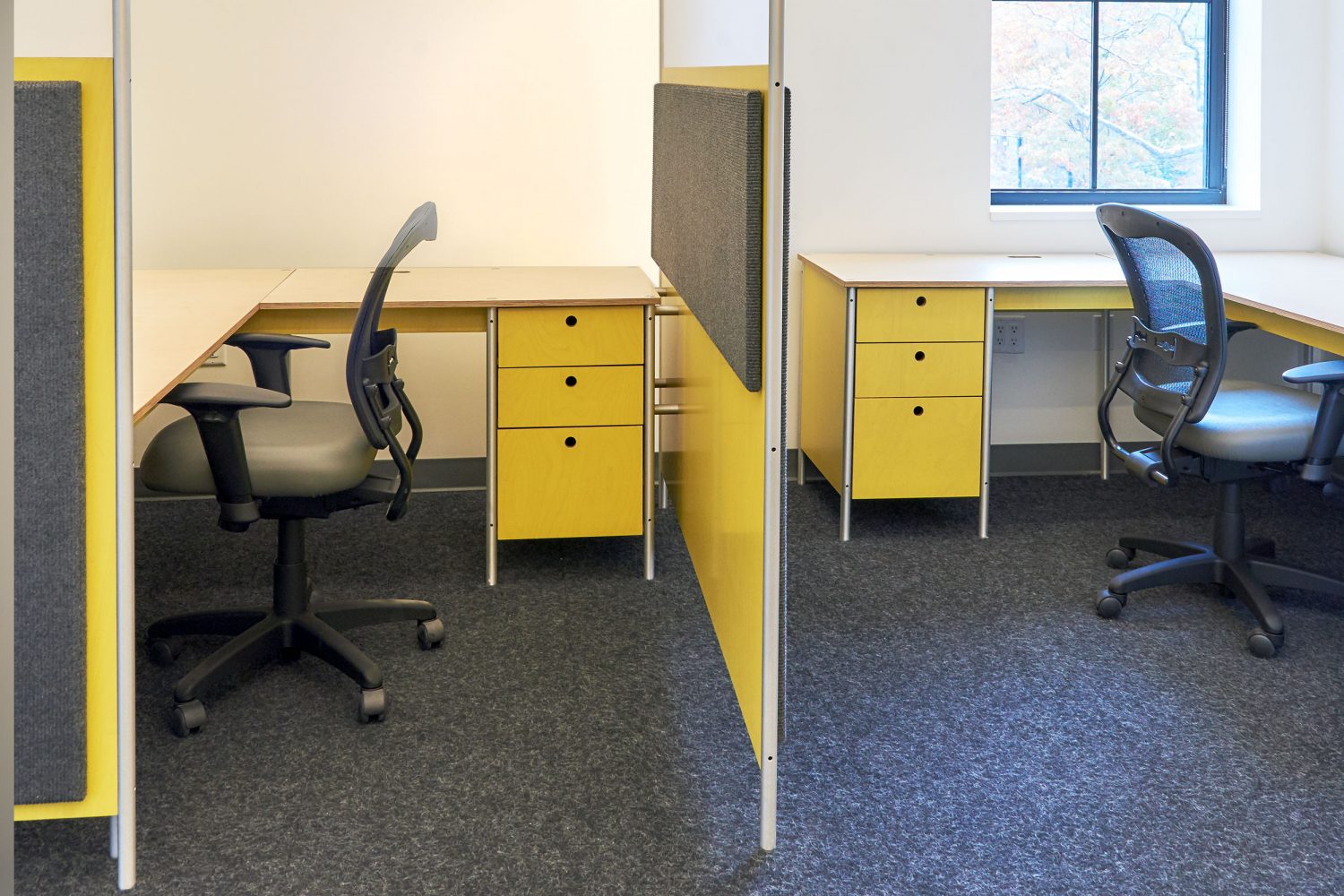 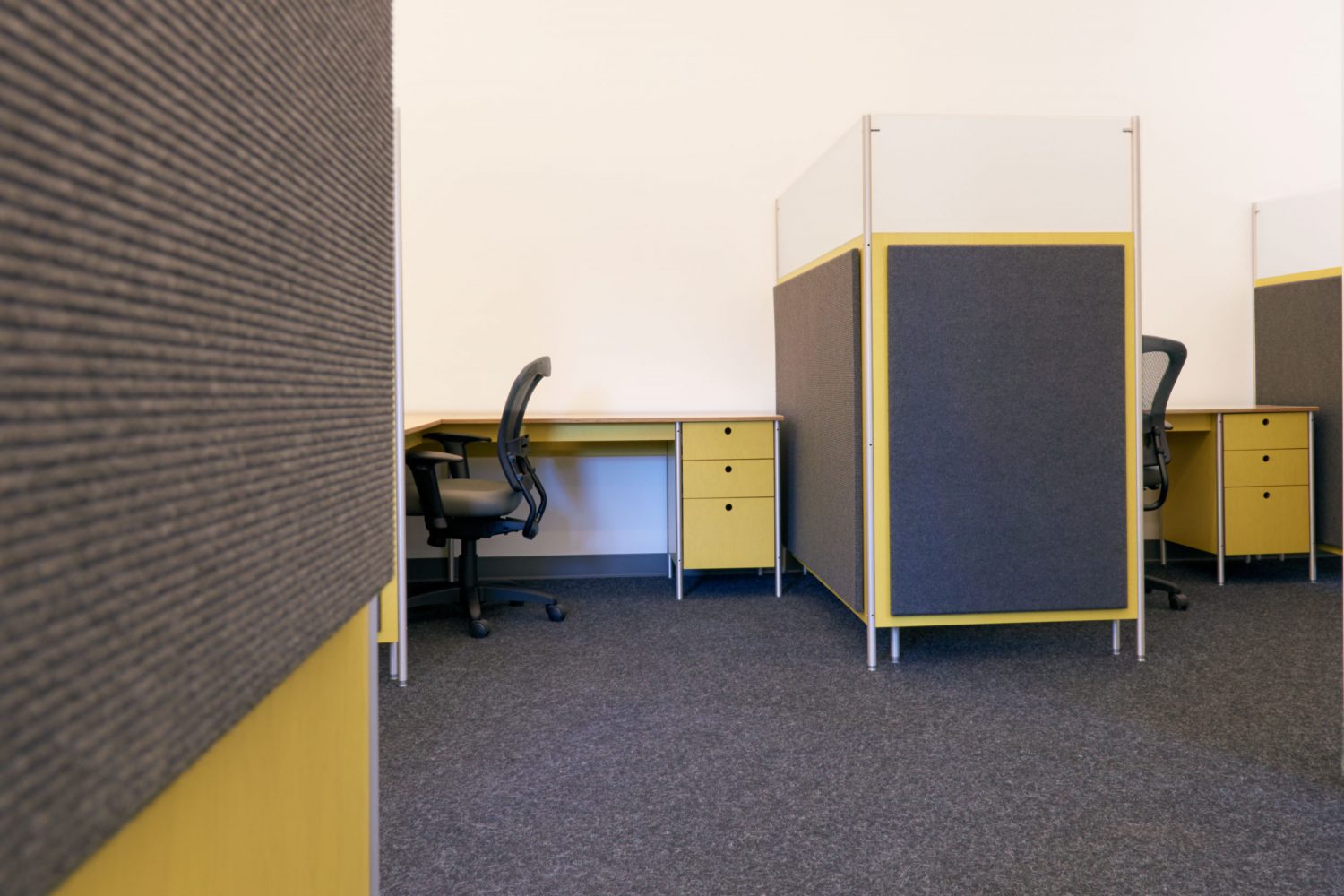 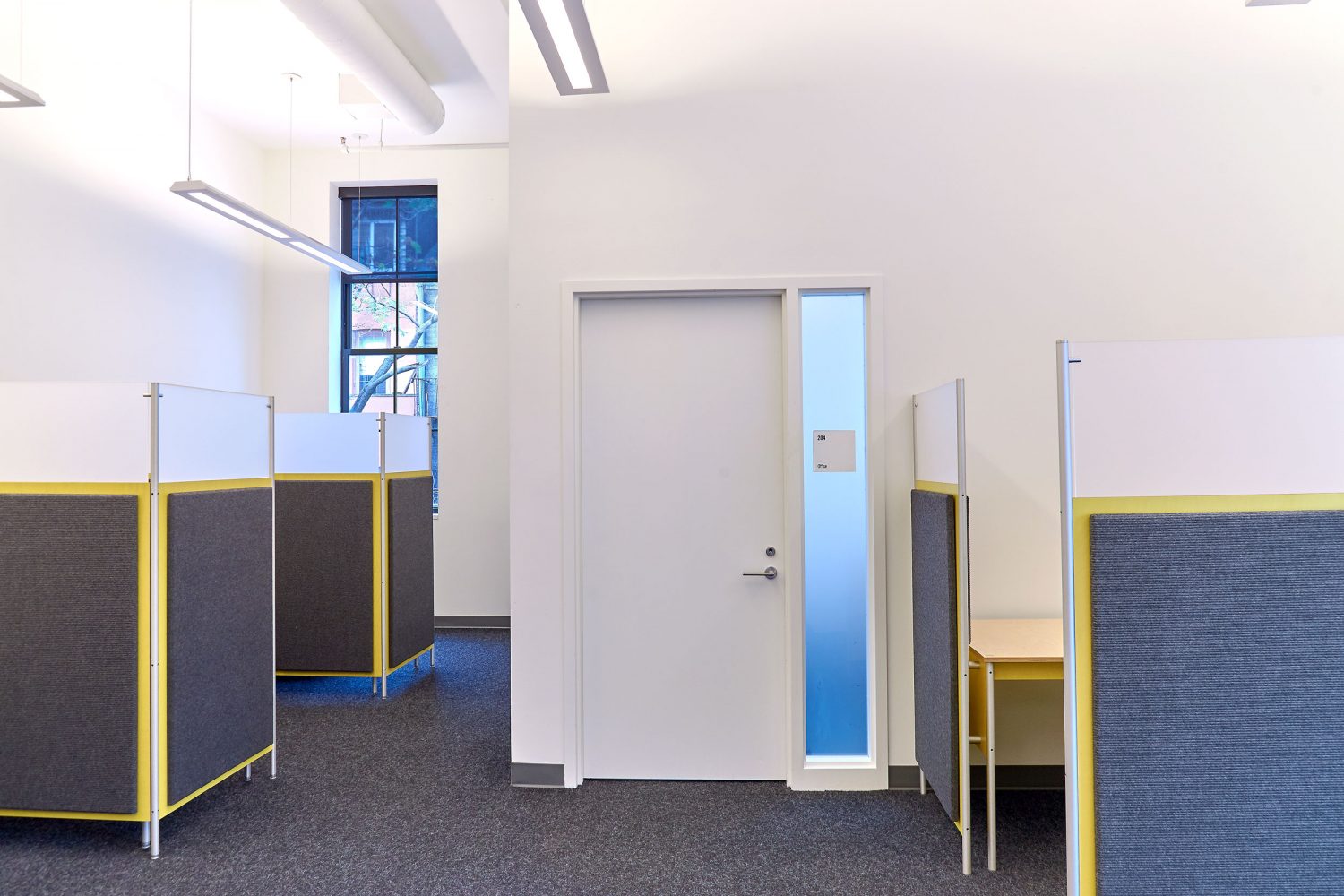 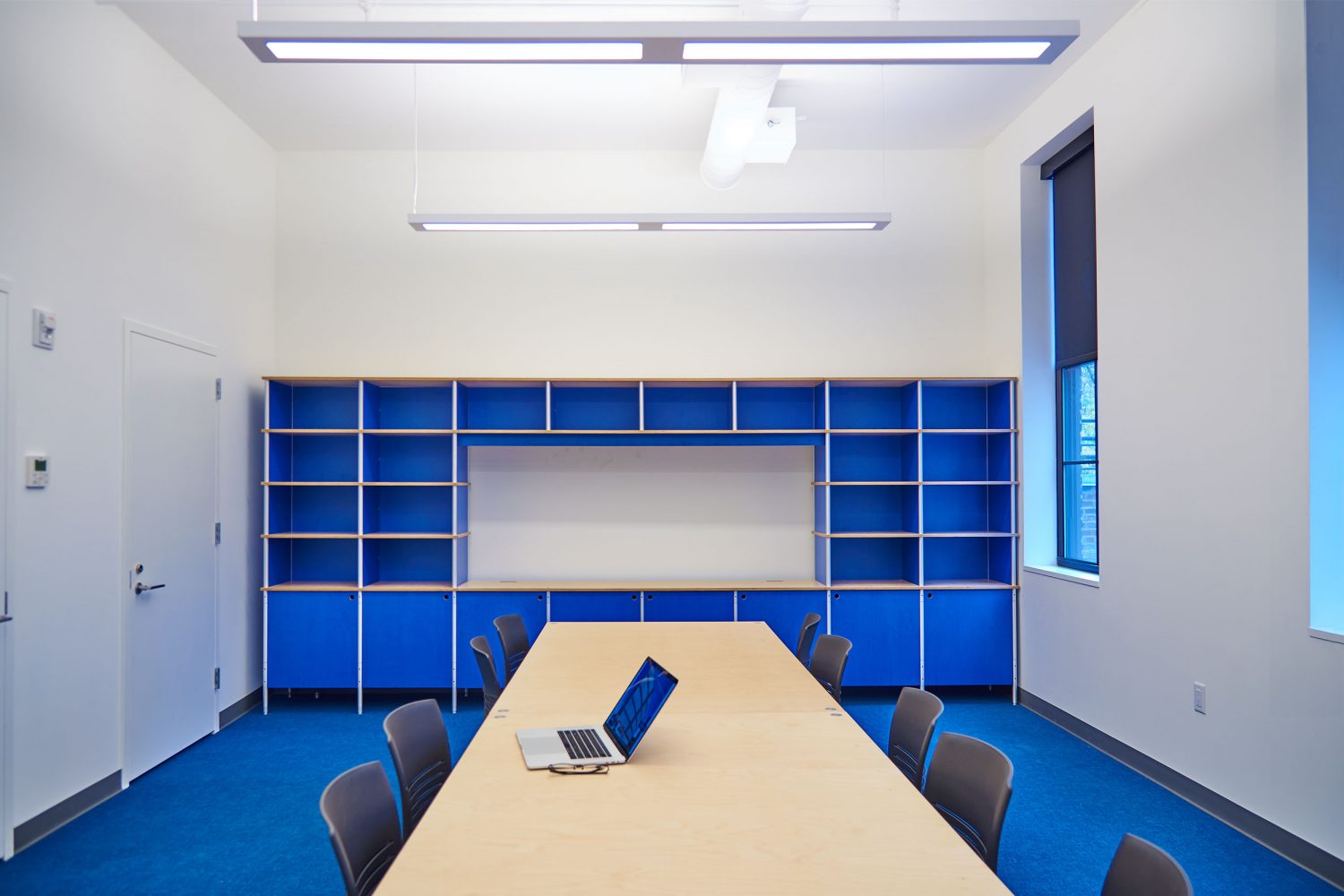 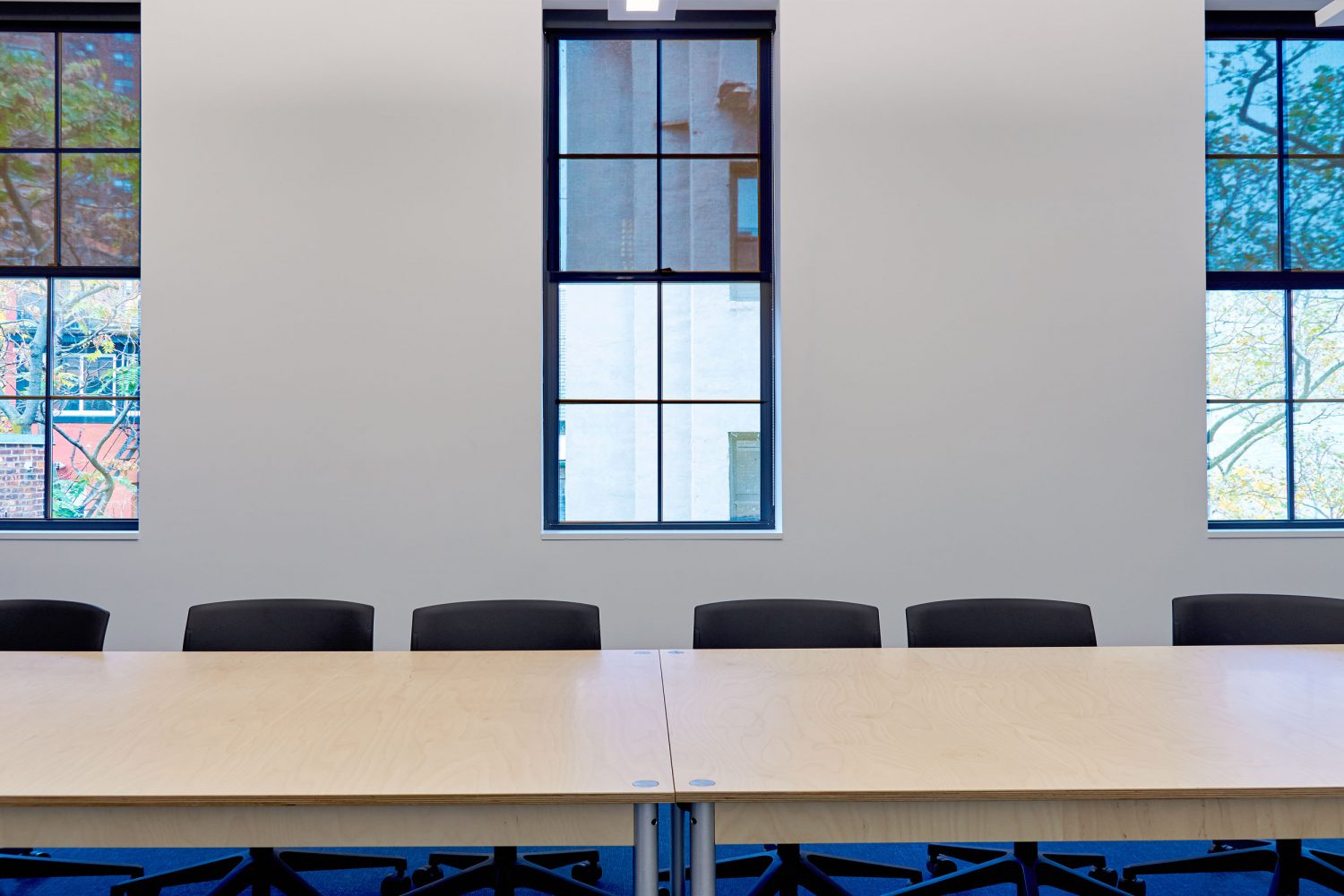 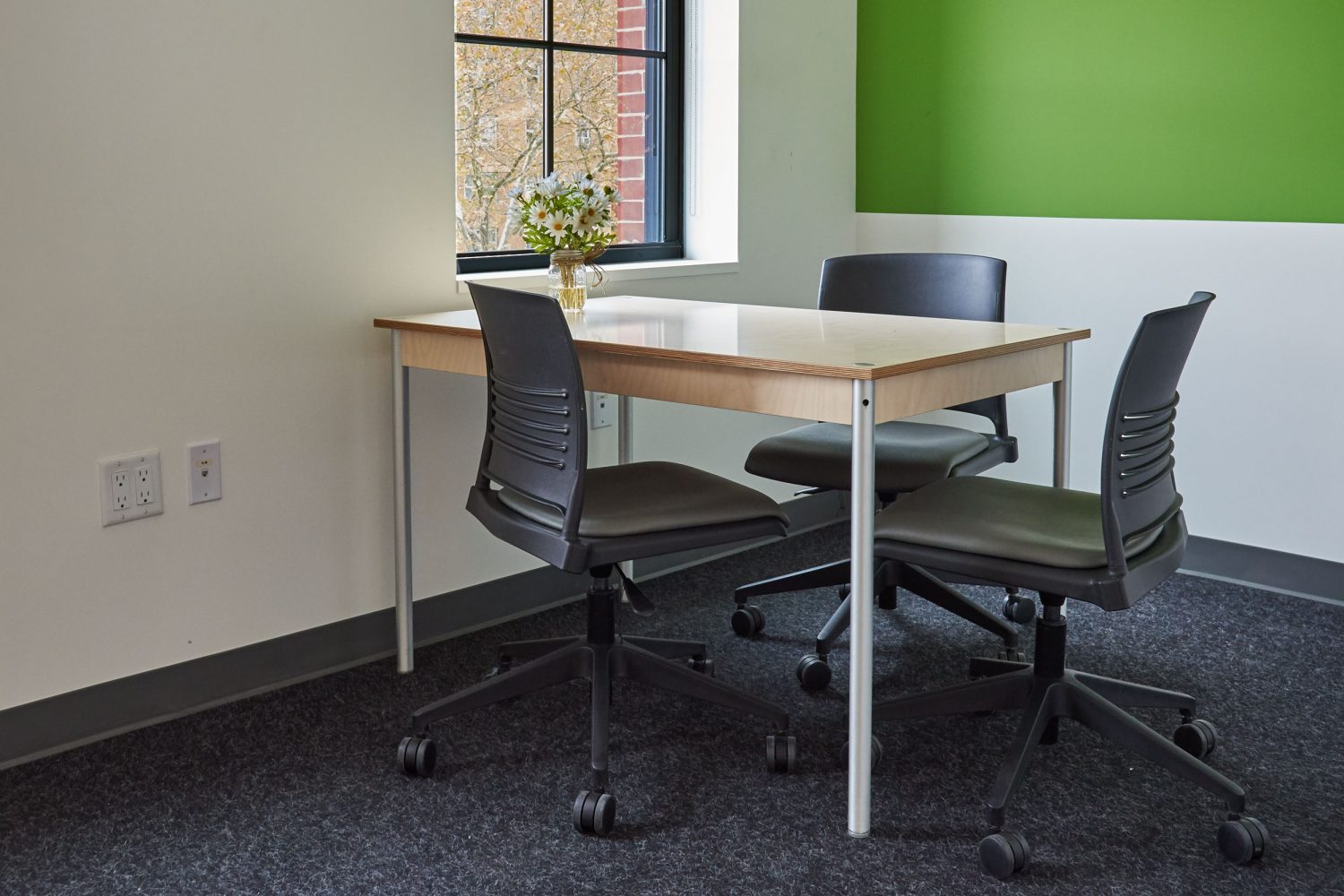 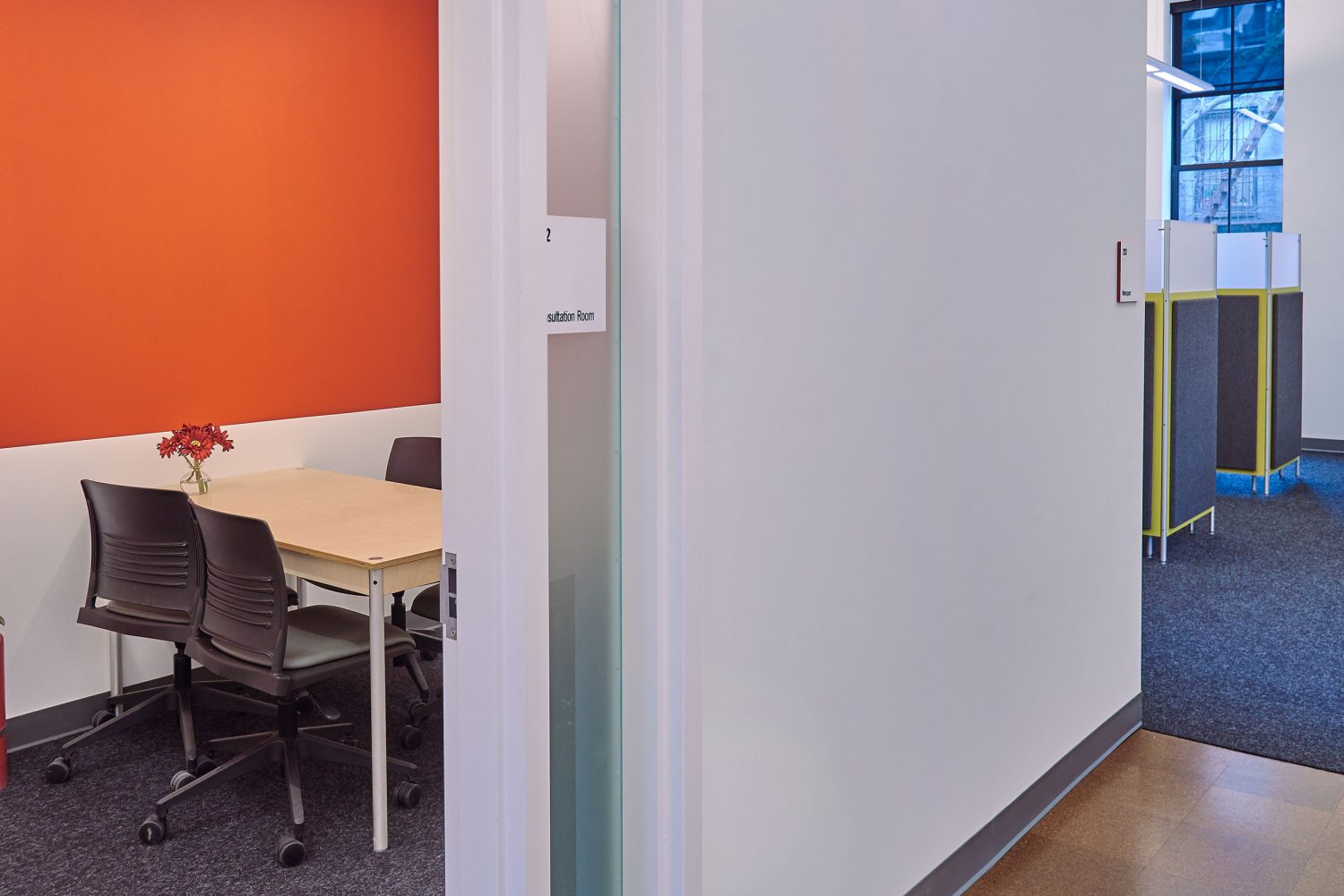